The 1940's Era Ball is becoming a classic Colorado annual event, and rightly so. The summer ball first sprung to life in 2008, founded by Khyentse James. Per the website:

"The birth of this ball began in the 1940s, when founder Khyentse James’ grandparents met at a Pennsylvania radio station (WCDL Carbondale). Her grandmother was a singer and her grandfather became an announcer upon his return from World War II duty. Years later, their love story inspired Khyentse’s passionate interest in the culture and music of the 1940s that brought her grandparents together. It was when Khyentse was working at the Boulder Airport and earning her pilot’s license that she got the idea to hold an event in the large hangar to celebrate that culture"

Along with the summer ball, there is also a White Christmas themed ball in December; we have now been to 4 balls in total, and they continue to get bigger and better with each year. My wife and I feel like we have a close connection to this time in history, perhaps we were born in the wrong era!.

My grandfather was an Officer in the Royal Artillery, 15 Medium Regiment, and saw action several times. He and his Regiment landed on Juno Beach on July 8th 1944, a month after the D-Day landings. His Regiment pushed onto Caen where they saw very heavy fighting, eventually they headed East along the coast liberating towns as they went, including Dieppe and Boulogne. I also had a great uncle that was captured at Dunkirk and spent the rest of the war in a concentration camp.

Both my wife and I love the music of the 40's (Glenn Miller, Ella Fitzgerald, Dame Vera Lynn....),  although at best our dance skills are bordering on the edge of basic and very basic. I think, breaking out the old 33's and the record player will be in order prior to our next ball!.

We travel back to England at least twice a year, and inevitably find some kind of 40's event to go to go back there too. England really embraces that era still, and there are events year round, up and down the country. Having a similar event on our doorsteps here in Colorado, is a huge bonus though!.

Each year the Summer ball gets bigger and better, with more authentic ww2 military vehicles, planes, and re-enactors. It is like a museum wandering around the event field, and gives you a good sense of how it was back in that era. 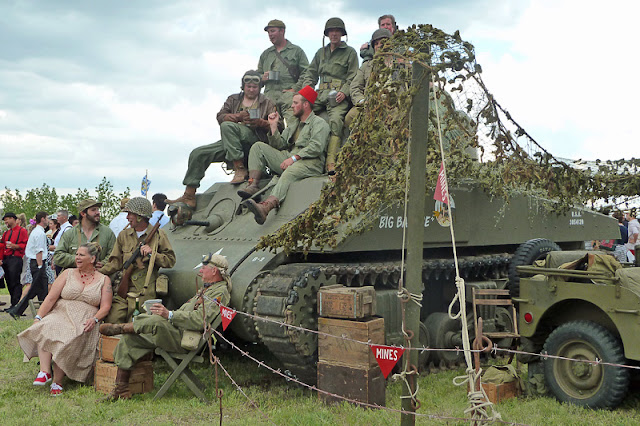 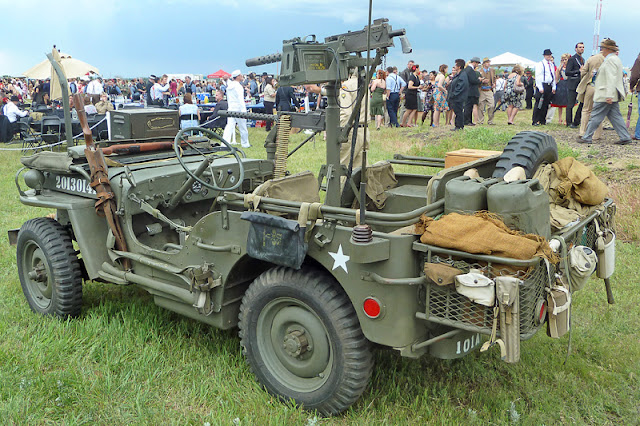 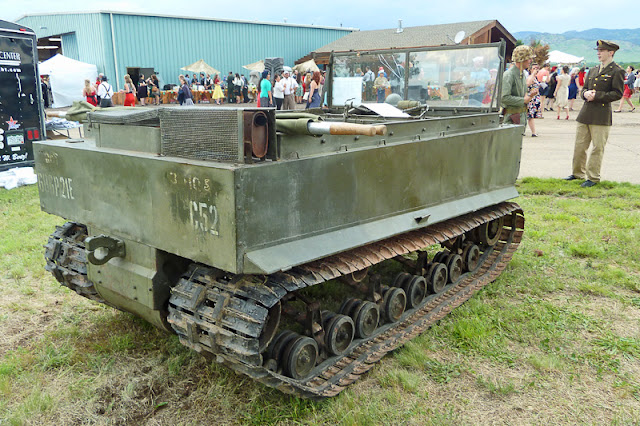 What is so great about these period type events, whether they be in the USA, UK or elsewhere, is admiring the amazing uniforms and period clothing. You could literally spend all day/evening just people watching. 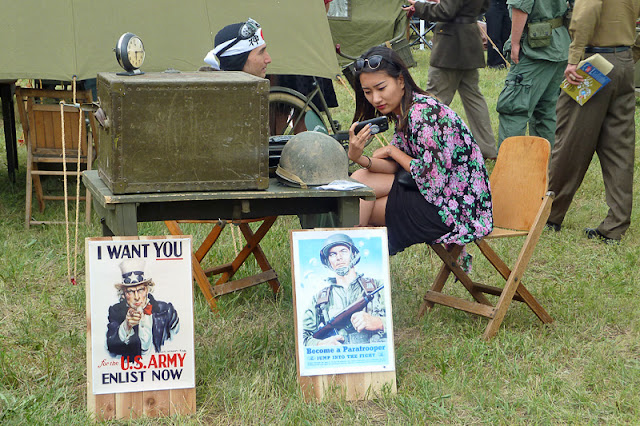 The evening was topped off with a spectacular sunset and dancing, another great 1940's Ball at the Boulder Airport!. 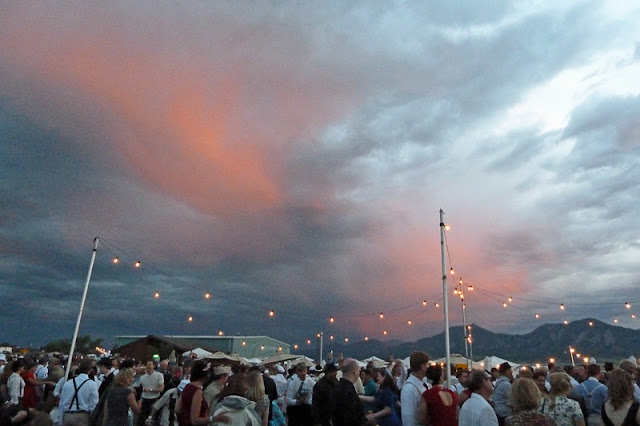 Fort Laramie began life originally as Fort William, then a few years later as Fort John. Fort William was founded in 1834 as a fur trading post, but it was not until 1849 that it took on the name of Fort Laramie, when the US Army purchased it. The US Army's main role at Fort Laramie, was to protect the many wagon trains travelling through on the emigrant trails (Oregon Trail, Mormon Pioneer Trail, California Trail and the Pony Express). As the fort grew it became the principal military outpost on the Northern Plains, and also a main transportation and communication hub for the region.

The fort lies alongside the Laramie River, close to the confluence of the North Platte River and the Laramie River. As you approach the fort from the northeast access road, the first structure of importance is the Old Iron Bridge spanning the North Platte River. This bridge was built in 1875 by the US Army, and provided an easier crossing, and vital link between Cheyenne, the Fort, and other surrounding outposts. 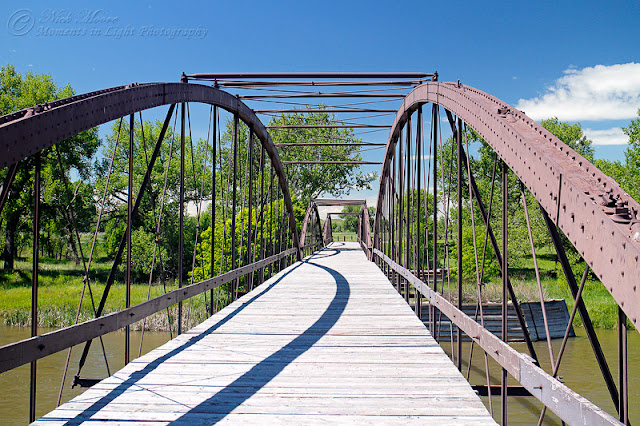 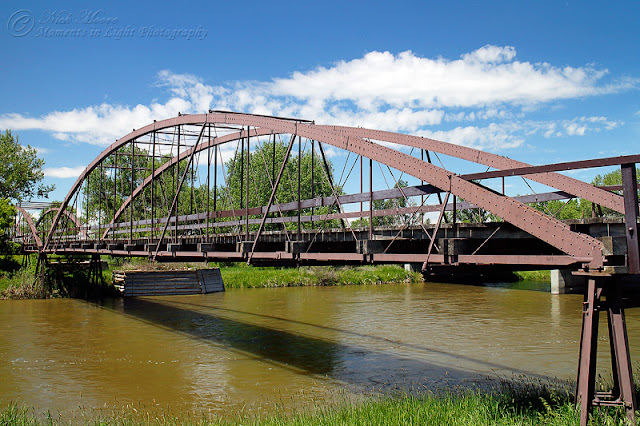 The forts demise came after the completion of the transcontinental railroad, which was built between 1863 and 1869. The railroad connected the west coast with the existing rail lines in Iowa, and made emigrating west a lot cheaper and faster, which in turn saw the decline of the Oregon trail. Fort Laramie was eventually de-commissioned by the US Army in 1869.

The fort today looks much like it did back in the late 1800's, although there is a mix of complete structures, building shells, and foundations. Eleven structures have been completely restored though, and give you a great sense of how it was to live and work on the fort.

Fort Laramie was an important stop along the Emigrant trail routes. The Oregon Trail was laid down between 1811 and 1840 by fur trappers and traders, and provided a passage on foot or horse between Missouri and Oregon, the trail was 2,200 miles in length. The trail saw the most amount of emigrant traffic between 1846 and 1869, and approximately 400,000 emigrants, traders, farmers, ranchers used the trail from 1830 onwards.

Some of the best preserved portions of the Oregon Trail are close to Fort Laramie in Guernsey, including wagon ruts and signatures carved in the rocks.