Rabbit Mountain - Where Eagles soar, and snakes are rattled

Rabbit Mountain is 1 of 27 trails/open space park areas managed by Boulder County, Colorado, and the closest to the city of Longmont. Rabbit Mountain was created when the earth began uplifting to create the Rocky Mountains, and a fault line shifted this ridge slightly east of the foothills.

The Arapaho Indians once called the area home, the mountain created shelter from the westerly winds, and was abundant with edible plants and game to hunt. Prospectors came along in the middle of the 19th Century hoping to strike it rich from Gold, but the wealth was in short supply and many turned to farming. Boulder County acquired the Open Space area in 1984 for all to enjoy, and help protect its natural state.

Our "almost annual" pilgrimage to Glenwood Springs from Denver on Amtrak #5 started with some unexpected excitement (or inconvenience depending on how you look at it). On the eve of our outbound journey, the snow gods decided to blanket Colorado with a dose of the white stuff and drop the thermometer into the single digits. This fresh snow made navigating the roads at 5.30am on a Saturday morning interesting, and finding the parking garage entrance to the NEW Denver commuter train Westminster station an additional challenge in the dark.
We had to race for the train with luggage laden arms, frozen fingers, and along icy paths, with seconds to spare; most of the drama here was trying to actually figure out how to get from aforesaid parking garage to the platform (not very obvious in the dark).

The County of Cornwall makes up the very southwestern tip of Great Britain and includes the most southerly point and the most westerly point of England. The county is the 9th largest by area (out of 48) in England, and is the only county to border only one other county (Devon). Kernow is the Cornish name for the county, the dialect is still spoken, deriving itself from Common Brittonic (the language spoken in Great Britain before English started to dominate).

I think perhaps Autumn (Fall) is my favourite time of the year, the summer heat "typically" gives way to pleasant daytime temperatures and cooler nights; and this definitely makes this Colorado Brit happy. Autumn 2016 in the Colorado Front Range has been particularly warm and dry though, with the first snow not arriving until November 17th (Average is October 18th), the 16th was 80f!. The positive side to this late snow is, the leaves on the trees have hung on until naturally dropping, and the colour has lasted longer.

An island cloaked in myth and mystery

St Michael's Mount (named after the Archangel) is perhaps the most iconic landmark in south-west England, if not in all of England. This famous island lies off the south coast of Cornwall, and has been used by man since the neolithic period, the first building perhaps appeared in the 8th century, with a monastery being built in the 11th century.

If the name of the island jogs a memory, it could be because you have heard of Mont Saint-Michael in France. There is a connection, in fact, the English island is the sister island of its French counterpart. The monastery on St Michael's Mont was given to the Norman Abbey on Mont Saint Michael as a Priory in the 11th century. Come the 15th century, the war between the nations under the rule of Henry V, ended the association between St Michael's Mount and Mont Saint-Michael. In the 16th century, the mount became more fortress-like and more or less resembles what you see today.


In 1659 Colonel St. Aubyn purchased the island, the descendants of the family still live there to this day. The population of the island peaked in 1821 when 221 people resided there, it was mainly a fishing port at that time. In 1954 the St. Aubyn family gifted the island to the National Trust to manage, whilst retaining a 999-year lease.


The gardens that surround the rocky island are from the Victorian era, the frost free climate means that flowers and shrubs flourish here, and it is quite a sight viewed from the highest point on the island.


As a visitor to the island, you can either walk along the causeway (low tide only) or for a small fee catch a boat from Marazion to the island. The harbour dates from at least the 15th-century but was enlarged in 1823 to accommodate larger vessels. The boat journey is short, but can be a bumpy and wet ride on occasion!.

Marazion is a small parish only 1/2 mile from St Michael's Mount, and the gateway to the island. The town itself is quaint and has a small selection of shops and restaurants, and a bakery serving possibly the largest Cornish pasties in the county.


The island has long been steeped in myths and legends. As far back as the 5th-century tales of sailors been lured to the rocks by mermaids exist, and during the 6th-century the island was said to be home to a giant named Cormoran. This giant as legend has it was slain by a farmer's son named Jack, the giant's heart still remains on the island in the form of a stone. The island is also said to be on top of a major ley line "St Michael's Line", so is a spiritual place on many levels.

Escape to the Country

I have called home quite a few places across the UK, and the USA: from Cities to Suburbia, to Towns and Hamlets; from humid hot climates to a dry desert climate, and everything in between. Whilst I do love cities, particularly London and New York, my heart has always been in the countryside. I spent most of my school years in Thame, Oxfordshire, a small historic market town (11,500 population +/-).


Thame dates back to the Anglo-Saxon era and gets its name from the River running to its north. The town is situated close to the Chiltern Hills (area of outstanding natural beauty), and a stone's throw from the County seat of Oxford. In 1138 Thame Abbey was founded, later demolished in the 16th century, and incorporated into what is now Thame Park house. The parish Church "St. Mary the Virgin" dates back to the 13th century, and the nearby Prebendal (Church buildings) date also to the 13th century.


In the center of Thame stands the town hall, a relatively new building in Thame's history, built in 1888. Several other notable buildings line the high street, mostly dating from the 16th and 17th centuries; including the Six Bells and the Bird Cage pubs, the latter doubling up as a prison during the Napoleonic wars.

The Chiltern Hills lie a few miles southeast of Thame, and are one of my favourite "local" areas for walking and cycling. Much of the chalk hills are designated as an "Area of Outstanding Natural Beauty", they encompass approximately 300 square miles over 4 Counties.


On the southeastern edge of the Chilterns, close to the towns of Chalfont St. Giles and Chalfont St. Peter lies the "Chiltern Open Air museum". This museum was founded in 1976, and its purpose is to preserve buildings from the Chilterns that would otherwise have fallen into disrepair. The museum has quite a range of buildings, and you could easily spend half a day or more exploring. 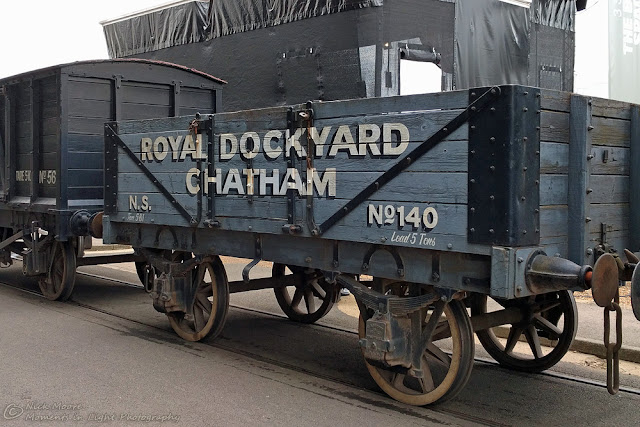 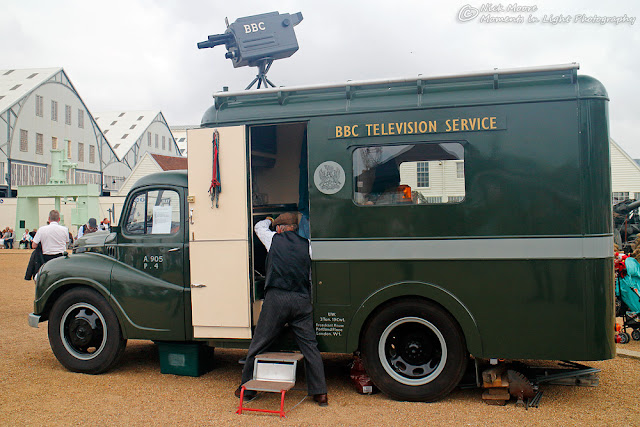 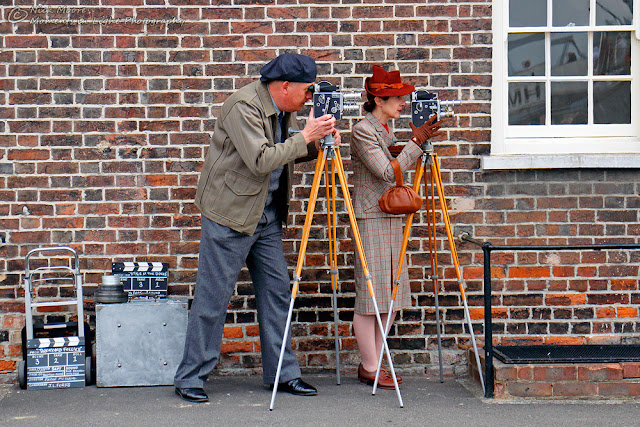 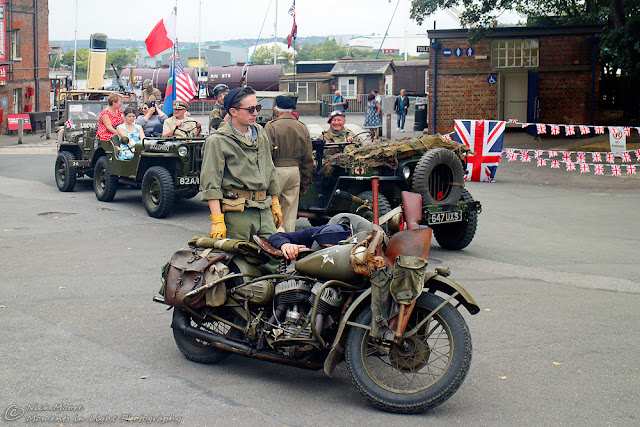 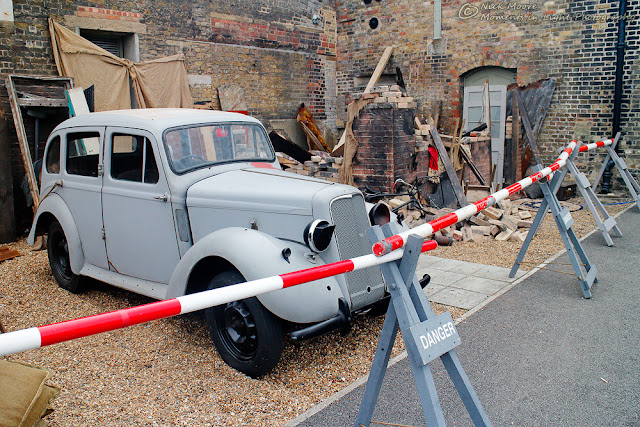 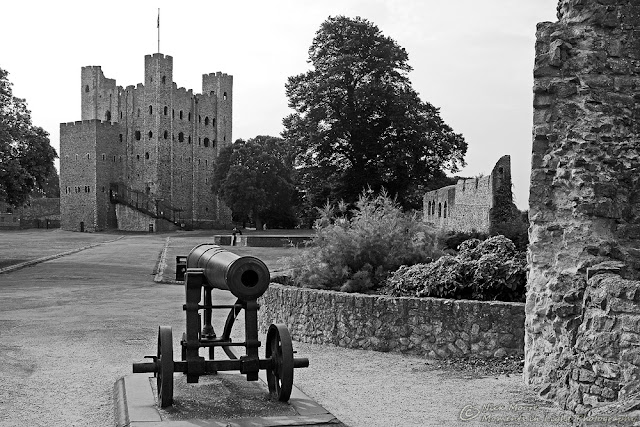 In an English Country Garden

It is well known the world over, that the Brits love their Gardens. The trend for the "English Country Garden" dates back to the 18th Century, and is maybe attributed to the famous landscape designer of the times Capability Brown.

Today, come Springtime, the drone of lawnmower engines, and the chink chink of shears and pruning tools is heard across the nation. The climate in the UK is perfect for growing an abundance of colourful flowers, ok, I know that is a nice way of saying it rains often.

The National Trust does an outstanding job of preserving magnificent buildings, stunning gardens, and awe inspiring landscapes. The Trust was formed in 1895, and its moto "for ever, for everyone" sums up their work perfectly.

The jewel in the crown for the Trust has to be Waddesdon Manor in Buckinghamshire, it is one of the NT's most visited properties. The house was owned by the Rothschild family, and was built between 1874 and 1889, gifted to the National Trust in 1993. The house was built in the style of a French Chateau, rather than an English Country Manor, and the interior is just as lavish and extravagant as any Chateau found in France. 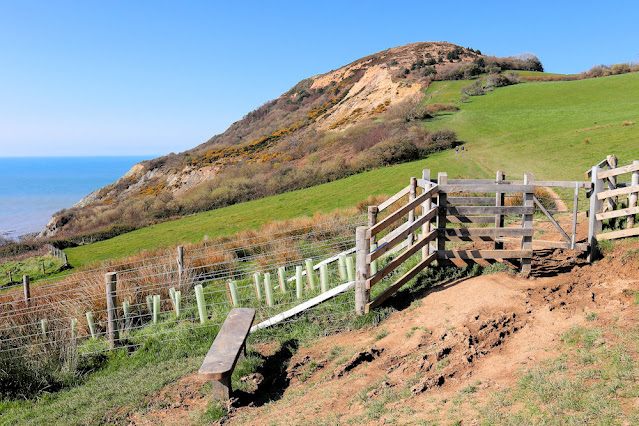